A wonderful serenity has taken possession of my entire soul, like these sweet mornings of spring which I enjoy with my whole heart.

I am so happy, my dear friend, so absorbed in the exquisite sense of mere tranquil existence, that I neglect my talents. I should be incapable of drawing a single stroke at the present moment; and yet I feel that I never was a greater artist than now. 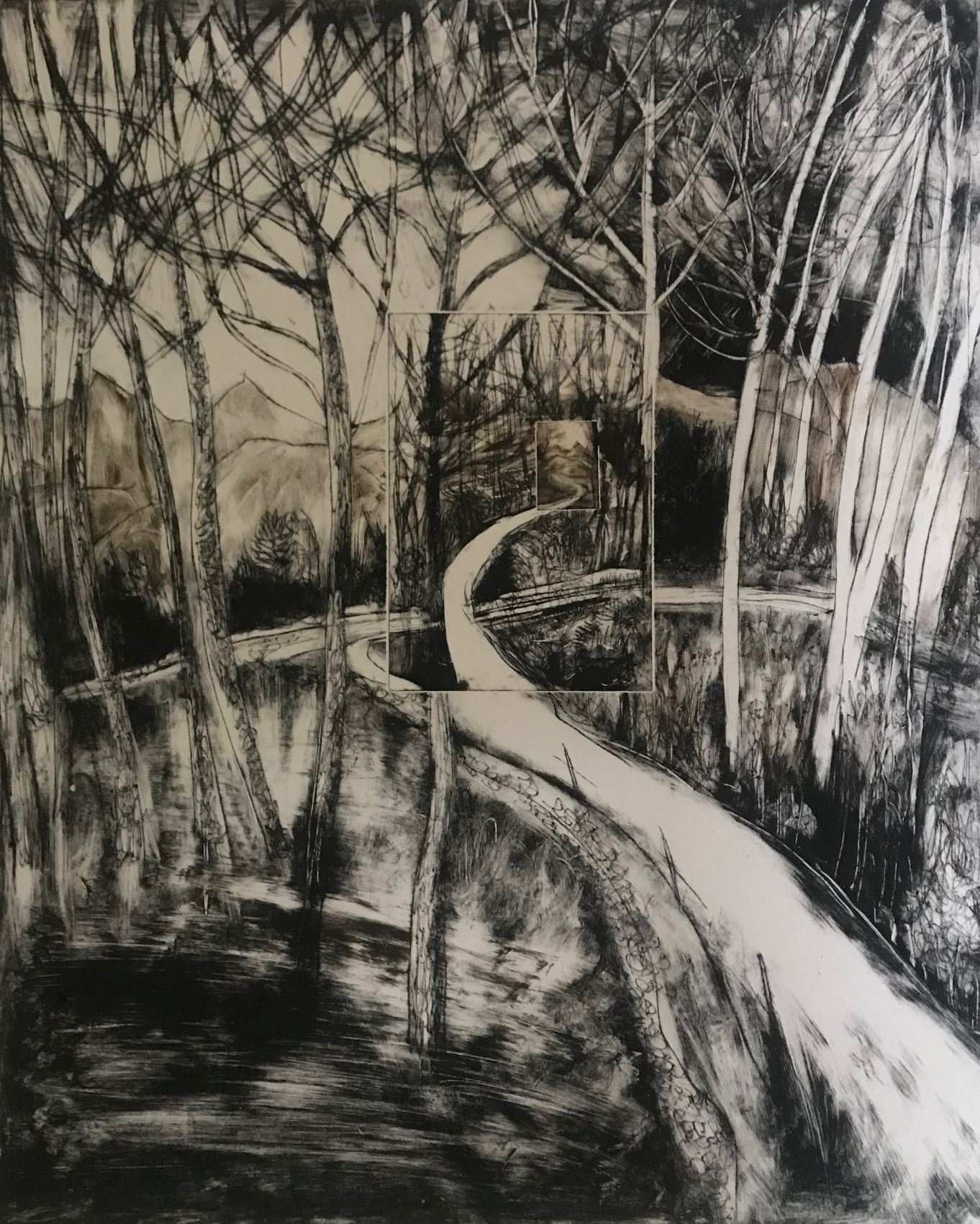 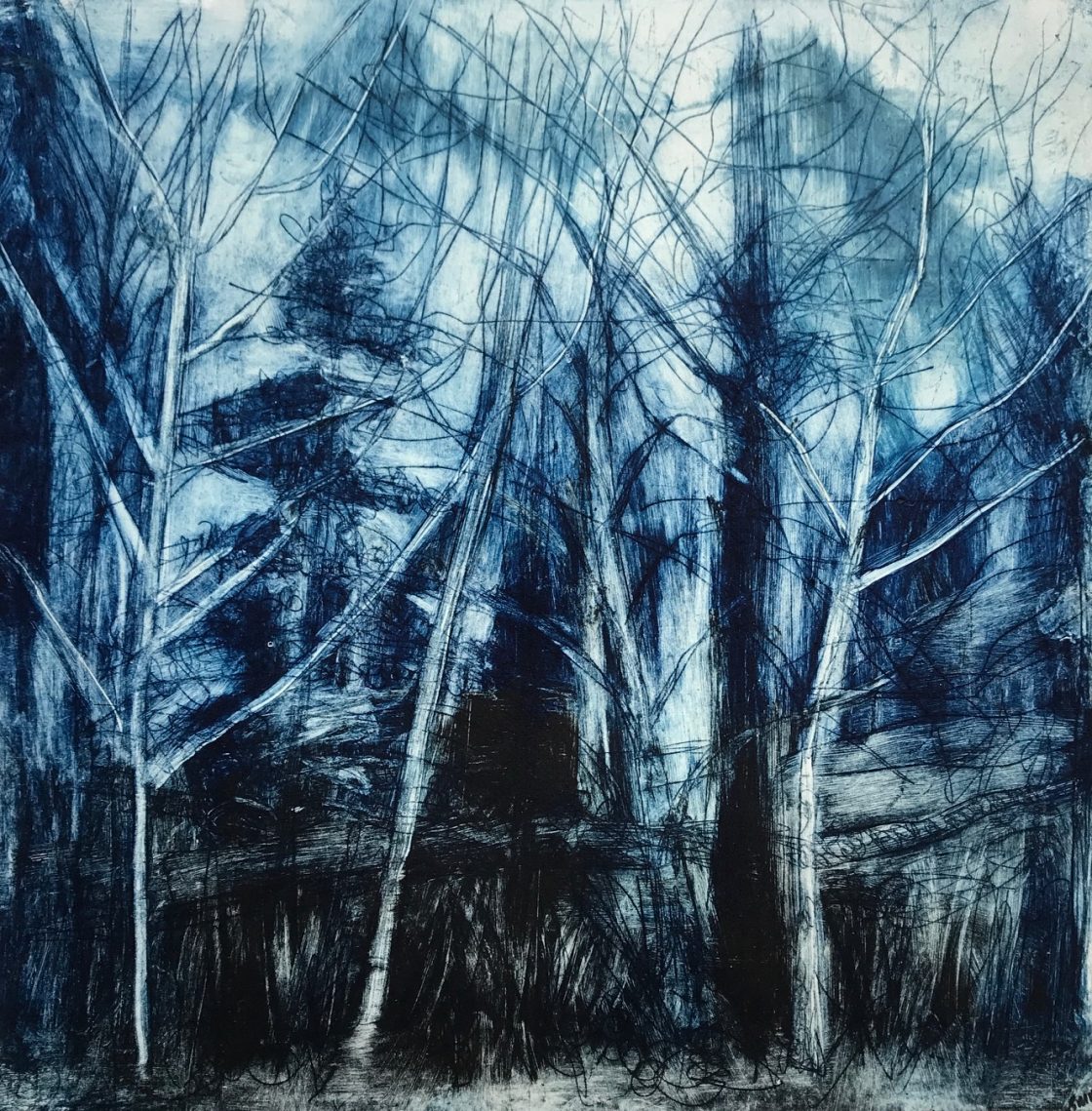 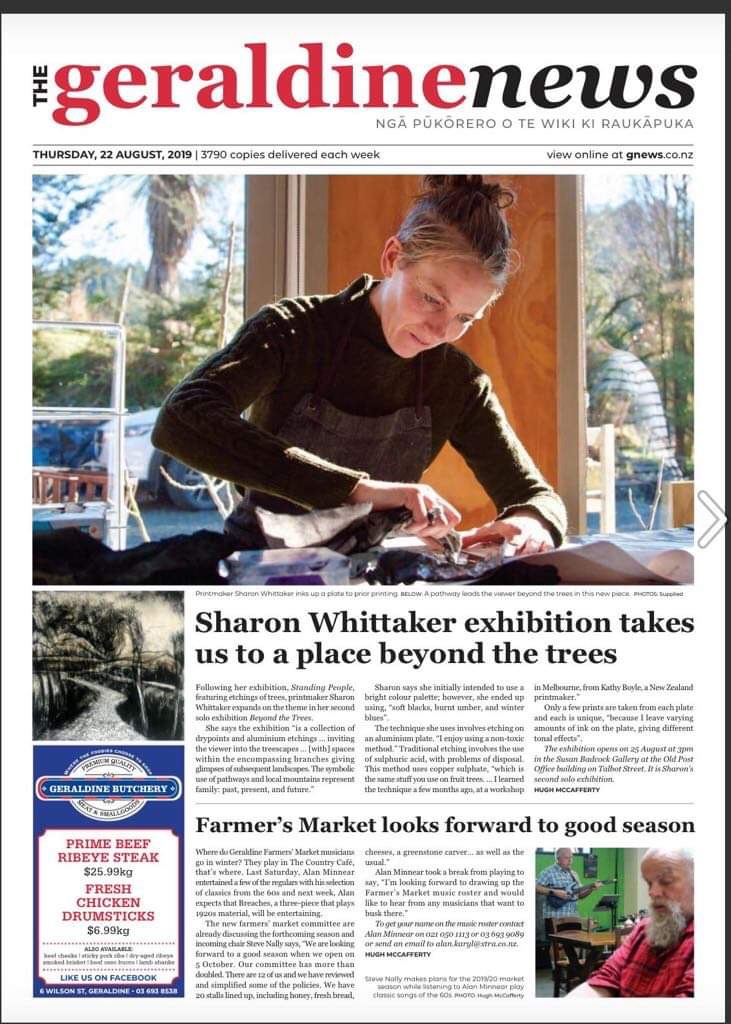 Following her exhibition, Standing People, featuring etchings of trees, printmaker Sharon Whittaker expands on the theme in her second solo exhibition Beyond The Trees.

She says the exhibition “is a collection of drypoints and aluminium etchings … inviting the viewer into the treescapes … (with) spaces within the encompassing branches giving glimpses of subsequent landscapes. The symbolic use of pathways and local mountains represent family: past, present and future.”

Sharon says she initially intended to use a bright colour palette, however, she ended up using “soft blacks, burnt umber, and winter blues.”

The technique she uses involves etching on an aluminium plate. “I enjoy using a non-toxic method.” Traditional etching involves the use of sulphuric acid, with problems of disposal. The method uses Copper Sulphate “which is the same stuff you use on fruit trees … I learned the technique a few months ago, at a workshop in Melbourne, from Kathy Boyle, a New Zealand Printmaker.”

Only a few prints are taken from each plate and each is unique, “because I leave varying amounts of ink on the plate, giving different tonal effects.”

The exhibition opens on 25 August at 3pm in the Susan Badcock Gallery at the Old Post Office building on Talbot Street. It is Sharon’s second solo exhibition.

Written by Hugh McCafferty for the Geraldine News 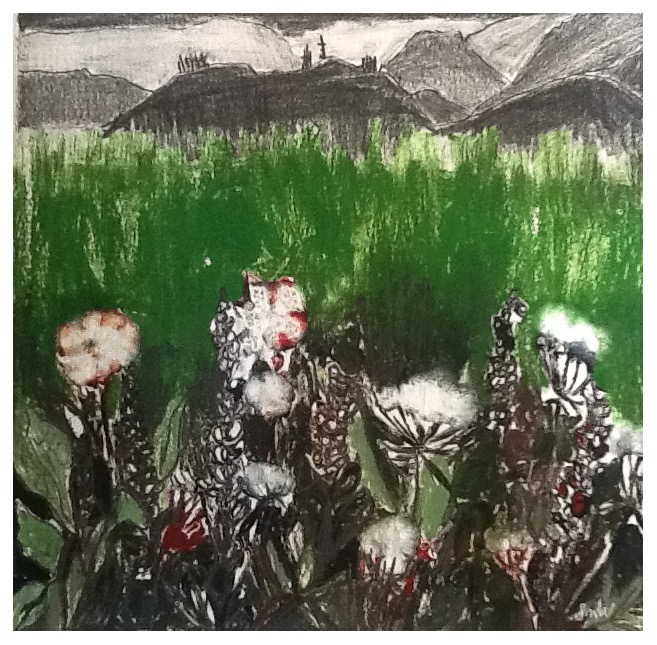 Perfect gear for living on the edge

A wonderful serenity has taken possession of my entire soul, like these sweet mornings of spring which I enjoy with my whole heart.

I am so happy, my dear friend, so absorbed in the exquisite sense of mere tranquil existence, that I neglect my talents. I should be incapable of drawing a single stroke at the present moment; and yet I feel that I never was a greater artist than now. 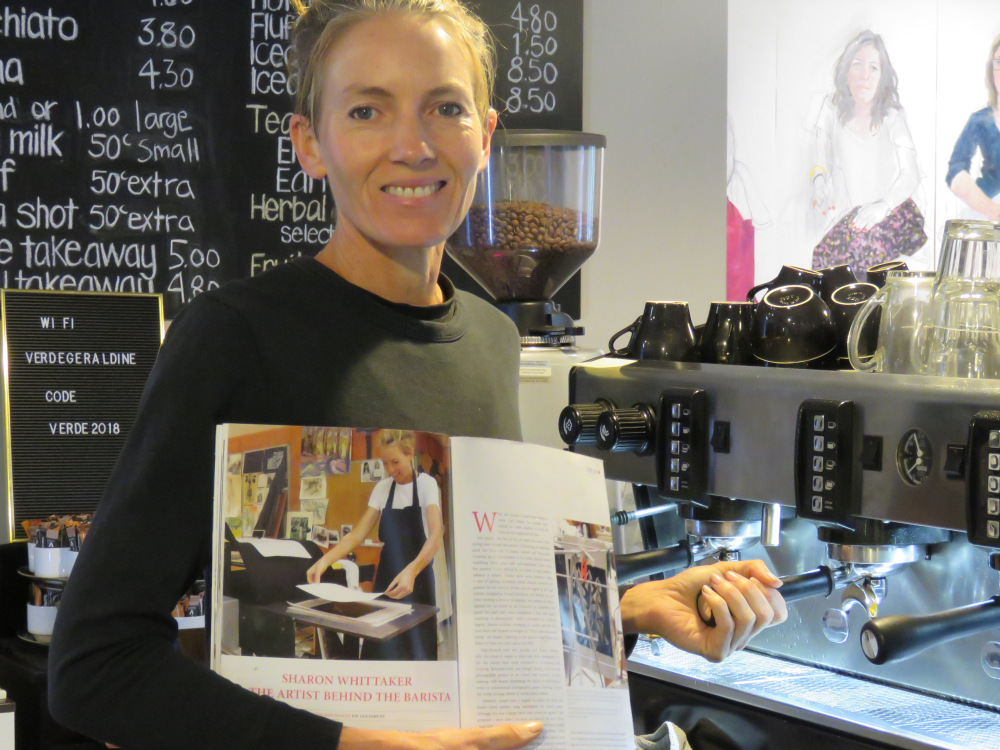 I was featured in this months Latitude Magazine, with an article written by Magpie Pippa.

Check out her blog here:

Latitude Magazine is available now in all good NZ newsagents. 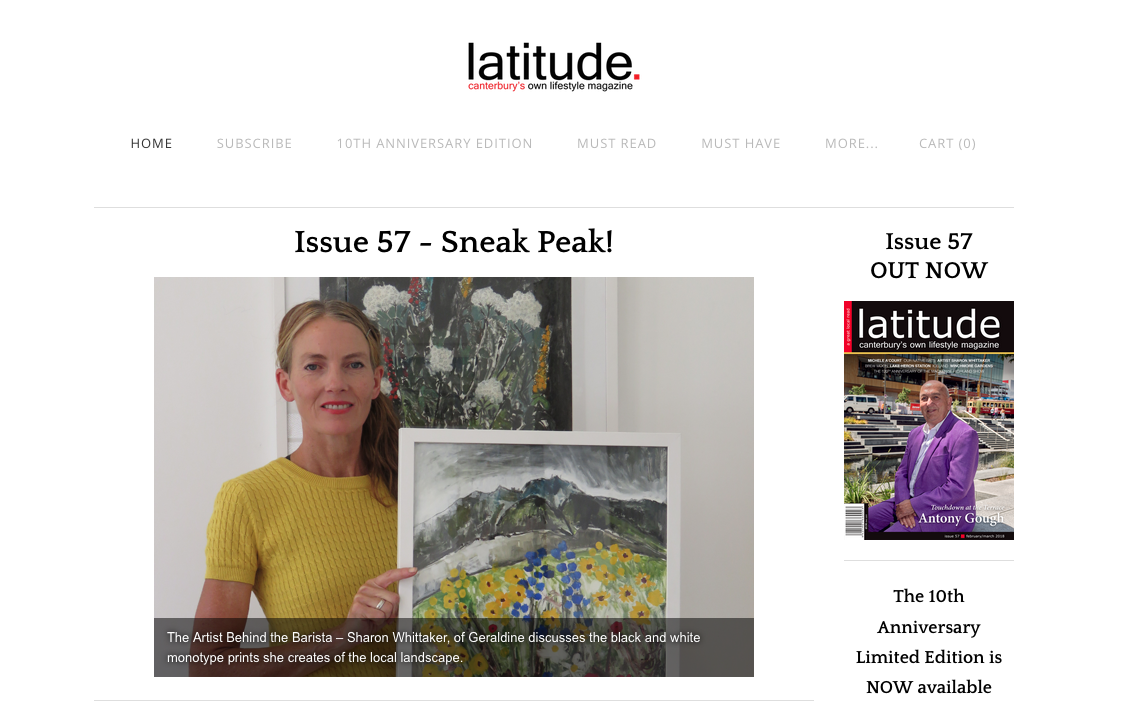 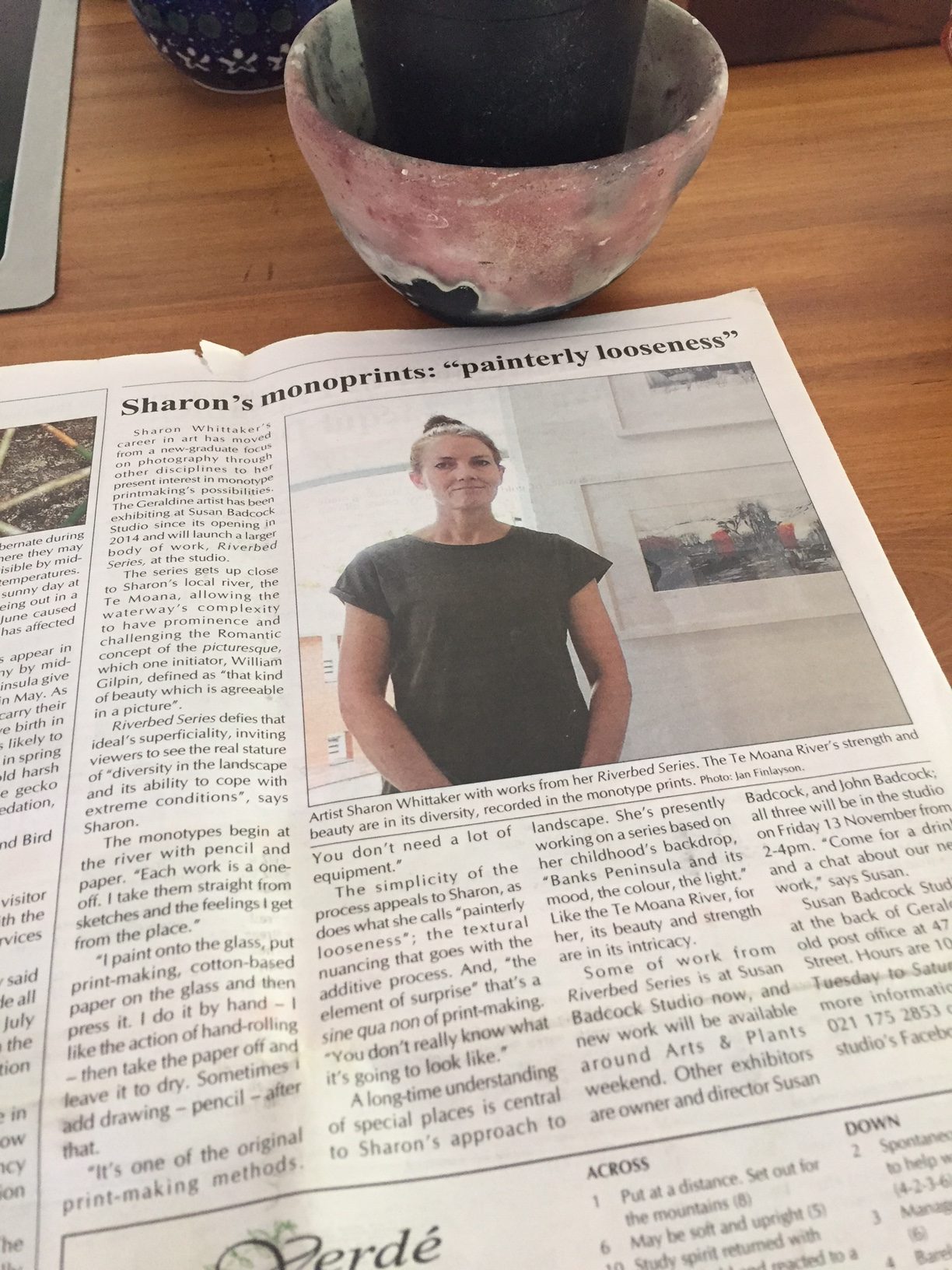 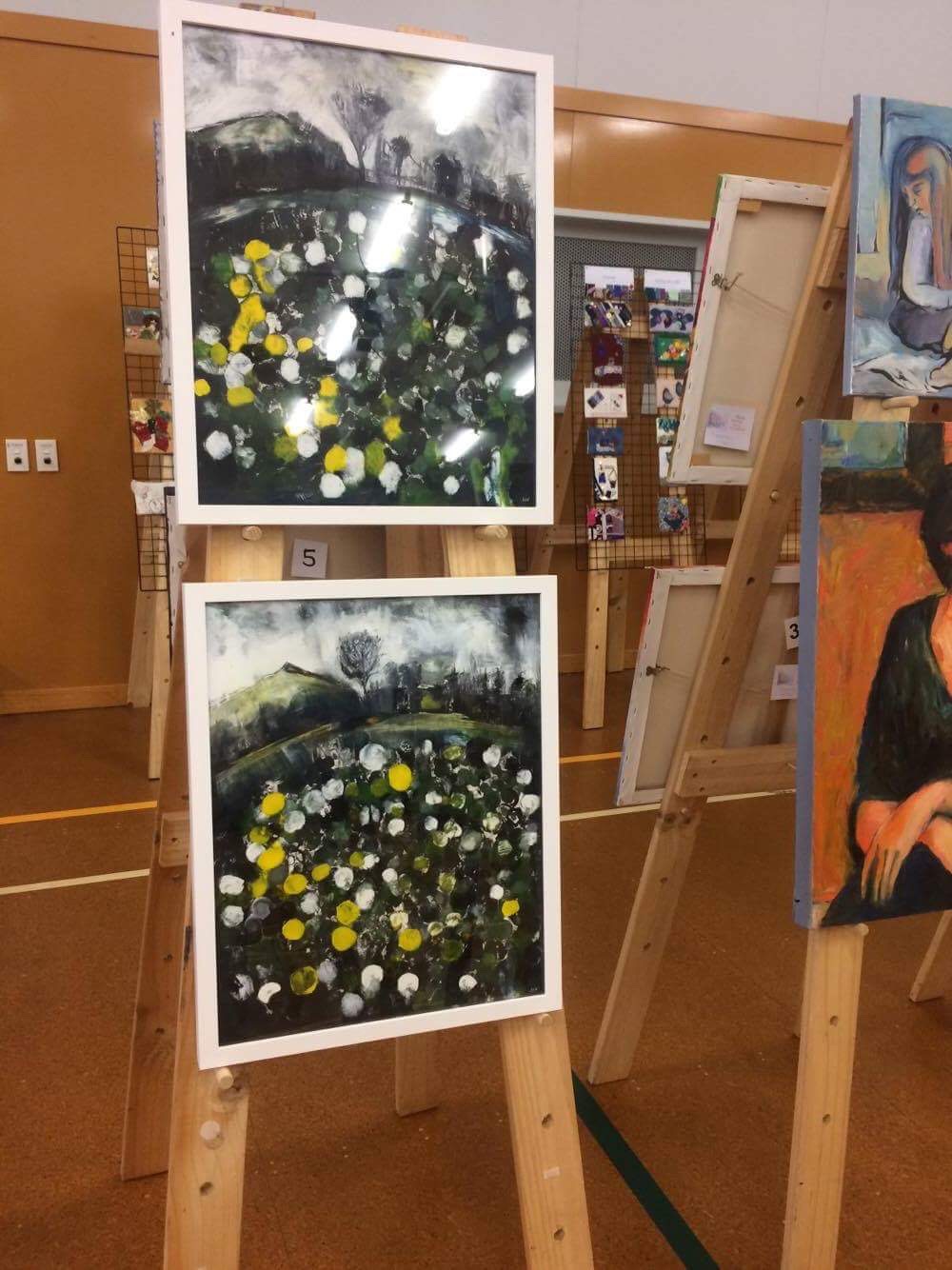 The Geraldine Arts & Plants Festival ran from the 16th -19th November this year and I entered a couple of my works into the exhibition. It was the 29th consecutive year of this festival and it was great to be part of this local community event. 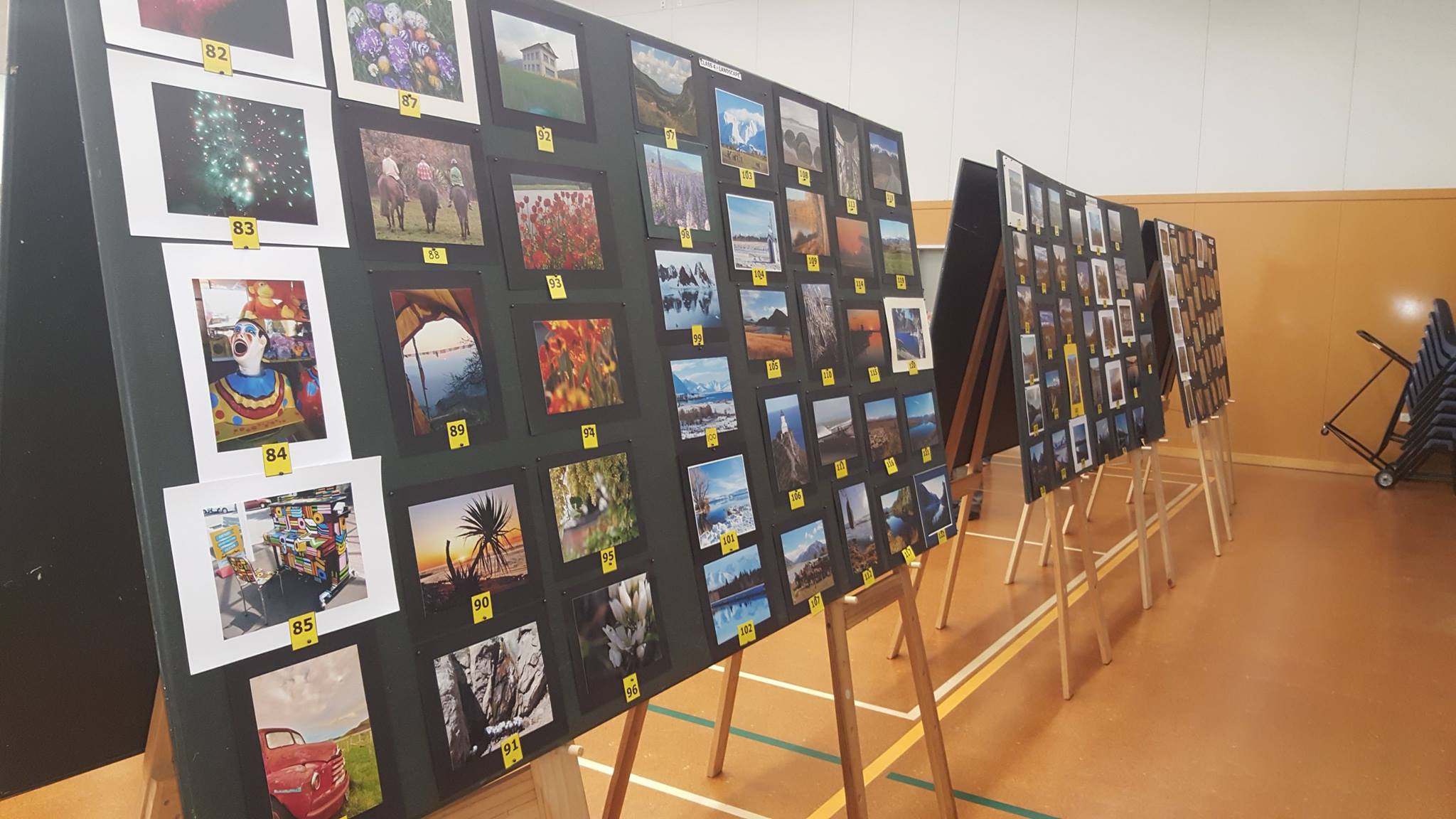 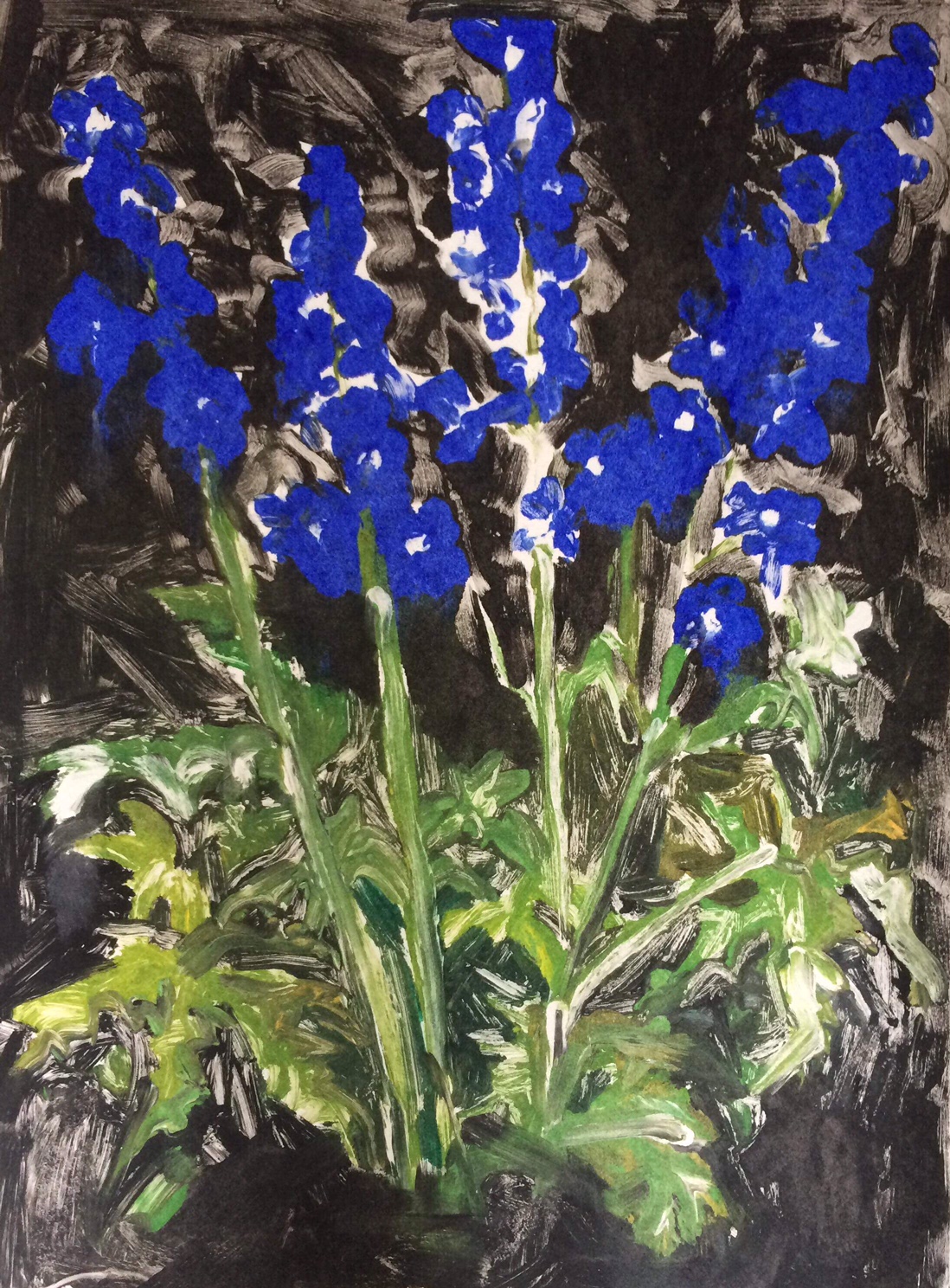